"Stoney" aka Ch Keswicke Unsung Hero CD was my first show dog.  He's been my Heart Dog and will be my best friend forever.  I couldn't have asked for a better introduction into the world of Dog Shows and English Springer Spaniels, he has always done whatever I've asked of him and has never had a cross day in his life.  He's held the place of honor on our bed at night for the past several years and has accompanied me on many wonderful adventures in life.  Always owner-handled by myself, he had a nice dog show career, finishing his Championship with 3 majors, including a Specialty win, and earned his CD title in three straight shows at the age of 18 months.  Also my first grooming competition dog, we won Best Groomed Dog in the first grooming contest I'd ever entered and have had many class placements, group wins and Best Groomed Dog awards with him over the years.  I know I'll never have another one like him, and will treasure every minute we have together.  I'm incredibly thankful for his breeders, Laurin Howard and Judy English for allowing him to come live with me.

Stoney's statistics are as follows: 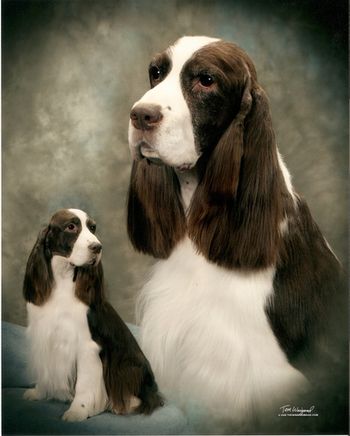 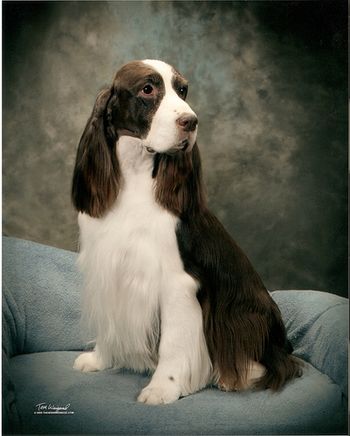 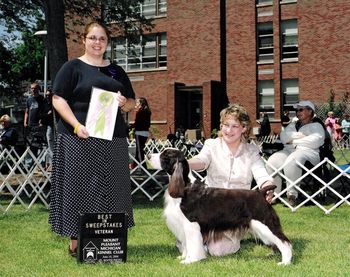 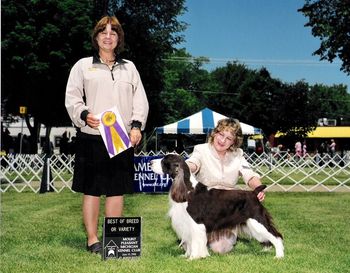 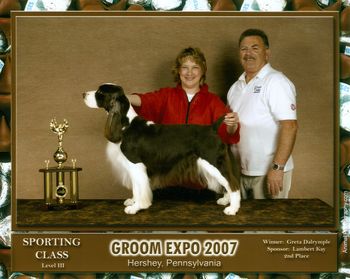 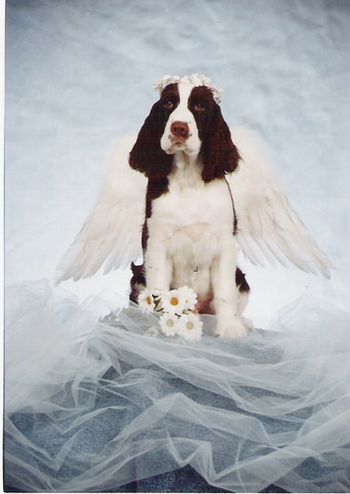 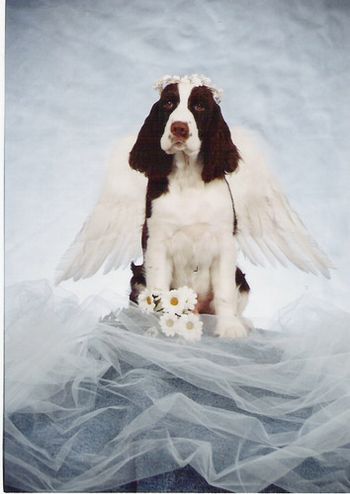